Is Bitcoin Mining Profitable In 2022? 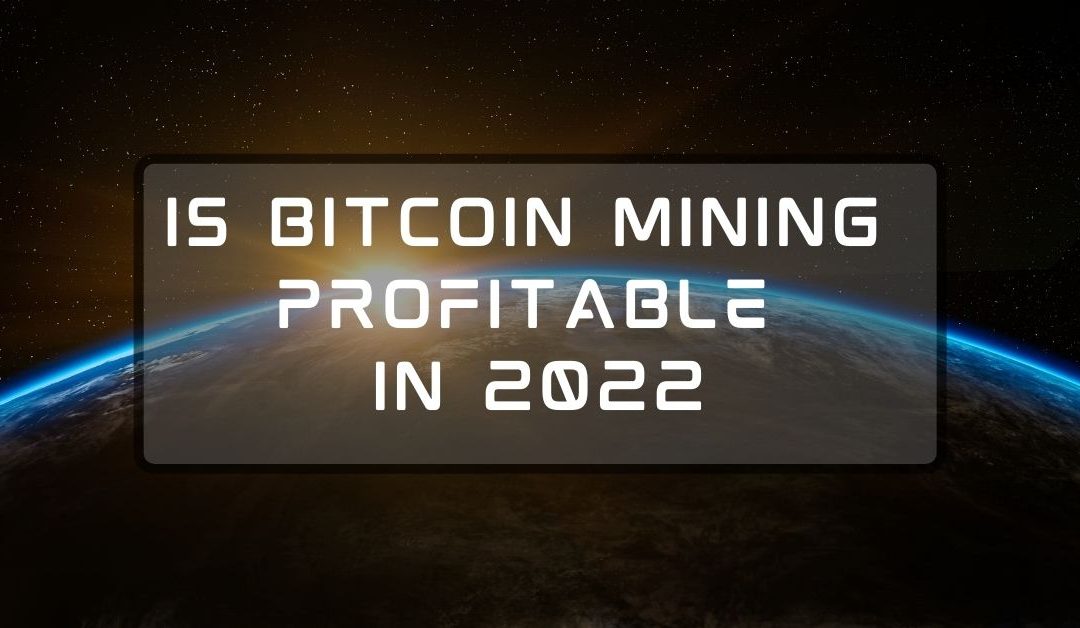 Bitcoin is a digital asset and a payment system invented by Satoshi Nakamoto. Transactions are verified by network nodes through cryptography and recorded in a public dispersed ledger called a blockchain. Bitcoin is unique in that there are a finite number of them: 21 million.

Mining is how new bitcoin is added to the global supply chain, and it is done by verifying transactions on the Bitcoin network. Miners are rewarded with transaction fees and newly created bitcoins. We will explore whether bitcoin mining is still profitable in 2022 and what factors might affect its profitability.

What Algorithm is used to mine Bitcoin?

Bitcoin is mined through a process called “SHA-256 hashing.” SHA-256 is a cryptographic hash function, most widely used as the secure hashing algorithm powering Bitcoin.

A “hash” is the output of a one-way encryption process that’s unique for each data input- even if the input is only a few characters long. SHA-256 is possible because there are about 2^128 different inputs it can take, and thus 2^64 outputs. That’s an astronomical number of different options, but is finite; moreover, so few people have attempted to change SHA-256 in any way on computers that they could all fit together in two Olympic stadiums alongside entire trees planted among them, with room left over to spare. The reason is that math doesn’t allow it: when you try to change the output of a cryptographic hash function, even in a very small way, the odds are overwhelmingly against you.

But what is it that miners are actually doing when they mine Bitcoin? They’re running software that takes a given input- in this case, a batch of new transactions- and runs it through the SHA-256 hashing algorithm. The result is an output that is 64 characters long, which is then compared to the current target for successful mining (more on that later). If the output falls below that number, the miner gets to add a new block to the Bitcoin blockchain and claim their reward. If not, they try again with a slightly different input until they find one that works. In this way, miners compete with each other to find the right input that will produce a hash output that falls below the current target and thus add a new block to the blockchain.

It’s important to note that while anyone can run the SHA-256 hashing algorithm on their own computer, it is incredibly resource-intensive and requires specialized hardware. ASICs (Application Specific Integrated Circuits) are chips designed specifically for mining Bitcoin, and they are orders of magnitude more efficient at doing so than even the best gaming GPUs. For this reason, bitcoin mining has become increasingly centralized among those with access to cheap electricity and ASICs. This is particularly true in China, which is estimated to account for 65% of the global Bitcoin hash rate.

So is bitcoin mining profitable in 2022?

It depends on several factors, including the price of Bitcoin, the cost of electricity, and the efficiency of your mining hardware. However, if the price of Bitcoin continues to rise and the global supply chain remains disrupted, profitable bitcoin mining may become more difficult in the United States.

What are the risks of mining bitcoin?

The biggest risk is the ever-changing landscape of mining. In October 2018, Bitcoin’s price fell by over 50 percent in a single month. This caused many miners to abandon the cryptocurrency, as it was no longer profitable to mine.

If the price of bitcoin falls again, or if the global supply chain is disrupted, it could have a serious impact on bitcoin mining operations. For now, it is still possible to make a profit from mining bitcoin, but it is not guaranteed.

What are the onsite security risks of a bitcoin mining operation?

Another risk to consider is the security of the mining operation itself. If a hacker is able to gain access to the mining equipment, they could wreak havoc on the entire operation. This is why it is important to have strong security protocols in places, such as two-factor authentication and robust firewalls.

On such security risk is a term used by cyber security experts referred to as a “man in the middle attack”. This is a type of cyberattack where the hacker can intercept and monitor all communications between the mining equipment and the blockchain. If the hacker is able to gain access to the mining equipment, they could wreak havoc on the entire operation.

The Antares Mining cyber security team is well versed in “man in the middle attacks” and is constantly monitoring the network for any suspicious activity. We have never had a successful attack on our mining operation and we are confident in our ability to keep it safe and secure.