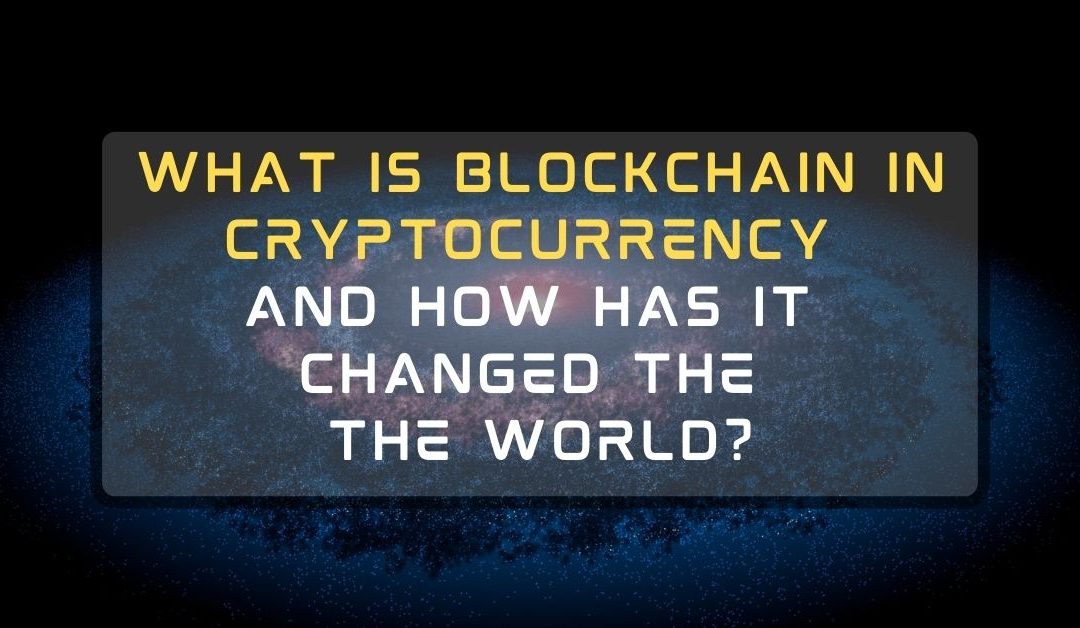 The distributed digital ledger known as Blockchain is the backbone of Bitcoin and other Cryptocurrencies. But what is Blockchain in cryptocurrency, and why is it so important?

But Blockchain’s potential doesn’t stop there. It has the potential to revolutionize many different industries, from finance to healthcare to supply chain management. There are already several companies that are using Blockchain in innovative ways, from streamlining the shipping process to improving drug traceability. 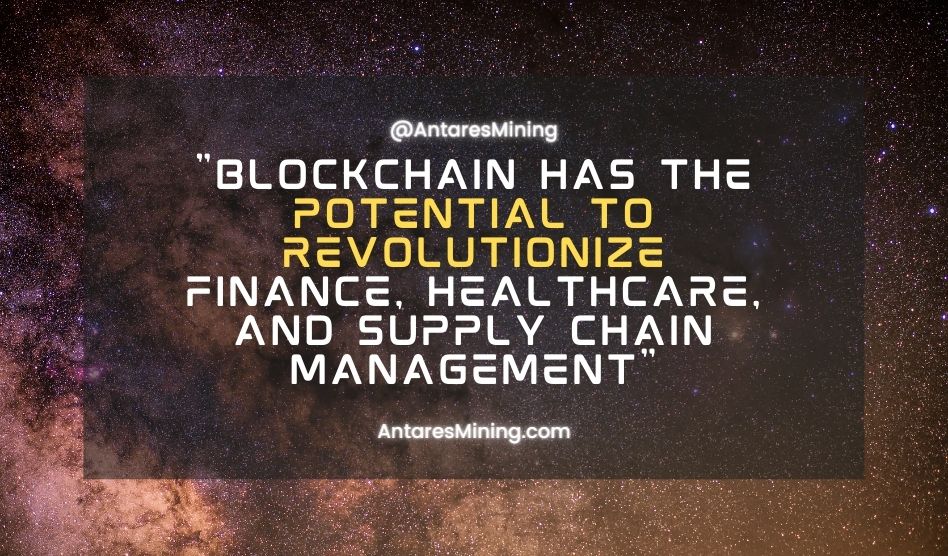 Contents hide
1 So how does Blockchain work, and why is it such a game-changing technology?
2 What is Bitcoin’s Genesis Block?
3 Why is Blockchain such a game-changing technology, and what potential does it have to revolutionize different industries?
3.1 Finance
3.2 Healthcare
3.3 Supply Chain Management
4 How can businesses start using Blockchain in innovative ways to improve their operations and bottom line?
4.1 Invest in a blockchain-based solution
4.2 Hire or partner with a blockchain expert.
4.3 Experiment with blockchain use cases in other areas of your business.
5 What are the challenges of implementing Blockchain technology, and how can they be overcome?’

So how does Blockchain work, and why is it such a game-changing technology?

Let’s take a closer look at this revolutionary technology, and examine some of its real-world applications for it.

Blockchain was first developed as the core technology behind Bitcoin, the world’s first decentralized digital currency. Since its inception back in 2008, Bitcoin has taken the world by storm, illustrating the power and potential of blockchain technology to disrupt traditional industries and revolutionize our lives.

What is Bitcoin’s Genesis Block?

The Bitcoin Genesis Block is the very first block in the Bitcoin blockchain. It was mined by Satoshi Nakamoto, the mysterious creator of Bitcoin, and marked the beginning of a new era in digital currencies. 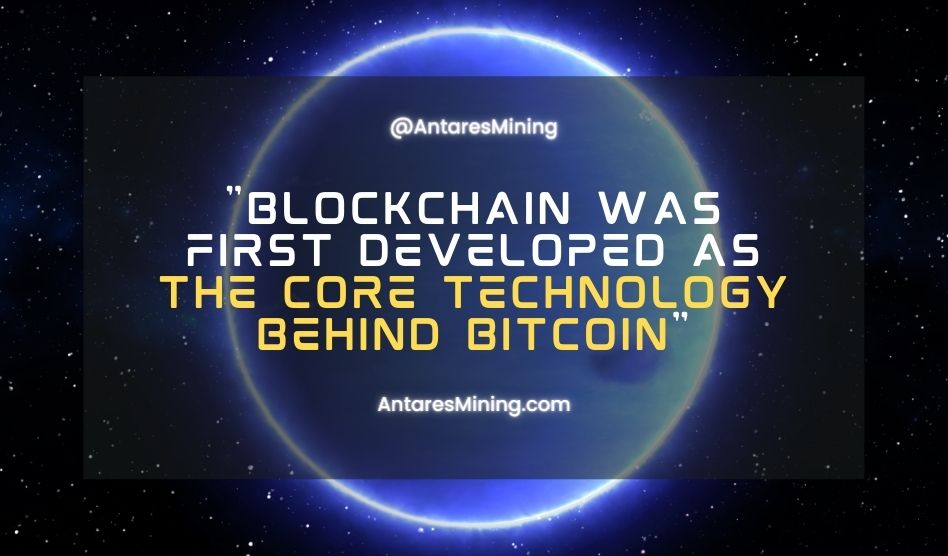 How Does The Genesis Block Help Secure the Bitcoin Network?

The Bitcoin Genesis Block is the first block in the blockchain, and it plays a crucial role in securing and validating transactions on the Bitcoin network.

Each block contains a hash of the previous block, which acts as a digital fingerprint and ensures that each new block is legitimate. This chain of blocks forms an unbroken and tamper-proof record of every transaction on the network, which makes it virtually impossible for hackers or other bad actors to interfere with the Bitcoin network.

Today, the Bitcoin blockchain is one of the most secure and trustworthy technologies in the world. And much of that can be attributed to its groundbreaking beginning – the Bitcoin Genesis Block.

Blockchain is a truly revolutionary technology, with the potential to transform many different industries and disrupt traditional business models. But it all started with Bitcoin’s genesis block.

Why is Blockchain such a game-changing technology, and what potential does it have to revolutionize different industries?

Some of the potential uses for Blockchain include:

Blockchain could be used to streamline the financial process, from payments and settlements to asset tracking and accounting. We’re already seeing this happen with companies like Ripple, which is using Blockchain to streamline global payments. It has developed a payment system that allows for fast, secure, and transparent payments between banks and other financial institutions. Ripple’s payment system is built on top of Blockchain technology, which allows for secure and transparent transactions. This makes it an ideal platform for payments, as it allows financial institutions to trust that their funds are being transferred securely and accurately.

Blockchain could also be used to improve the healthcare industry, by making medical records more secure and accessible. This can help in areas like drug traceability, where it is crucial to track the movement of drugs from manufacturer to consumer.

For example, the US Food and Drug Administration (FDA) has been working with the company IBM on a pilot project to use blockchain to track the movement of prescription drugs. This would help to ensure that drugs are not counterfeit and that they are being handled properly throughout the supply chain.

The potential for blockchain in healthcare is huge, and it is already starting to be used in several different ways. For example, some hospitals are using it to store and share patient medical records, while others are using it to track the movement of drugs through the supply chain.

There are many other potential applications for blockchain in healthcare, and we will likely see more and more use cases emerge in the coming years.

Blockchain could be used to improve the tracking and tracing of goods throughout the supply chain, from production to delivery. For example, IBM is working with a number of companies, including Maersk, to use blockchain to track the movement of shipping containers. This would allow for more efficient and secure tracking of goods, as well as reduce the risk of fraud and theft.

IBM is also working on a project called Food Trust, which uses blockchain to track food throughout the supply chain, from the farm to the grocery store. This means that customers will be able to see exactly where their food is coming from and how it was produced, which can help to increase consumer trust and satisfaction.

How can businesses start using Blockchain in innovative ways to improve their operations and bottom line?

So far, we’ve looked at some of the ways that Blockchain can be used to improve different industries. But how can businesses start using Blockchain in innovative ways to improve their operations and bottom line?

There are a few ways businesses can get started with blockchain:

Invest in a blockchain-based solution

Many companies offer blockchain-based solutions for different industries, such as finance, healthcare, supply chain management, and others. For example, there are platforms like Ripple and IBM Food Trust that offer services specifically tailored to the needs of their respective industries.

Hire or partner with a blockchain expert.

Another option is to hire or partner with a blockchain expert who can help your business explore the potential of this emerging technology. This could involve developing new products and services, improving existing processes, and more.

Experiment with blockchain use cases in other areas of your business.

Beyond implementing blockchain solutions, businesses can also experiment with using blockchain in other areas, such as marketing and sales, product development, or customer support. There are many potential applications for blockchain in a wide range of industries, and businesses that are willing to innovate and experiment may be able to find new ways to use this technology to improve their operations and bottom line.

What are the challenges of implementing Blockchain technology, and how can they be overcome?’

Blockchain technology is still in its early days, and there are some challenges that businesses may face when trying to implement it. Some of the challenges include:

1. Lack of understanding and awareness.

Many people still don’t understand what blockchain is or how it works. This can make it difficult to get people on board with using the technology, or to find experts who can help implement it. However, there are efforts underway to increase awareness and understanding of blockchain.

Blockchain technology is relatively new, and there are still a lot of unanswered questions about how it should be regulated. This can make it difficult for businesses to know what they can and can’t do with blockchain, and may discourage some businesses from using it.

Developing and implementing a blockchain solution can be expensive, particularly for small businesses. However, there are several initiatives aimed at making blockchain more affordable, such as open-source platforms and development tools.

Despite these challenges, many businesses are embracing blockchain technology as a way to improve their operations and bottom line. By working with experts, experimenting with new use cases, and overcoming the challenges associated with implementing blockchain, businesses can begin to reap the many benefits of this exciting new technology.

For more information on Bitcoin, blockchain, and how you can implement it in your business, check out our other articles or subscribe to stay informed.